The first quarter ended on Tuesday. The big take away? International stocks outperformed the S&P 500 for the first time in three years.

Here’s a look at the numbers. 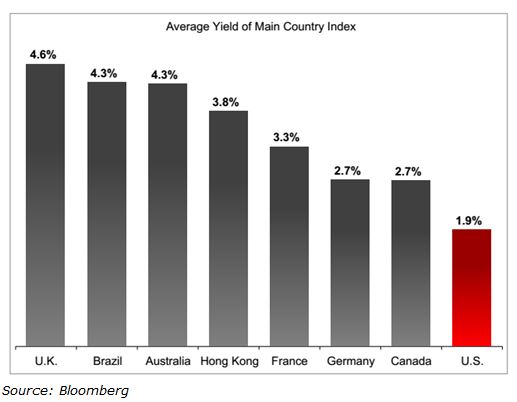 My clients and readers were in position to capitalize on this trend.

The strongest investment theme I shared with both groups going into 2015 was to invest internationally.

Those moves are already paying off early in the year. And looking forward, I am expecting more of the same because of a $1.2 trillion trade. Let me explain. 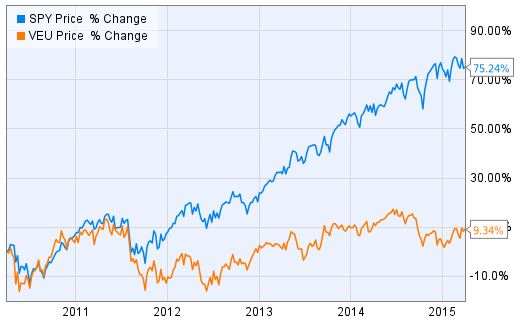 From a historical perspective, this divergence pattern is highly unusual. But there is a very good reasonf or it. It was driven by the Federal Reserve’s Quantitative Easing (QE) program – the Fed’s “money printing” machine it used to stimulate the U.S. economy.

After more than four years, the Fed basically maxed out its credit card and had to end the program in October.

Meanwhile, for the first time ever, Europe just launched its own version of this QE program. The European Central Bank is going to purchase $1.2 trillion in European bonds in the next two years.

Let me be clear: I believe this is creating an interesting opportunity.

For a deeper look into this program, check out this article I just wrote for Street Authority. As the Chief Investment Strategist of their international investing services, I wanted to get the word out that European QE was an important event to pay attention to.

The $1.2 Trillion Dollar Trade that Could Boost International Markets

If anyone wants to discuss international stocks feel free to drop in and say hello.

Other than that, I wanted to let everyone know I launched a new website in March.

There’s lots of interesting information about my services and investing strategies. You can also setup a meeting with me from my site as well as live chat with me. There will be more features coming that I will share with everyone. In the meantime, feel free to take a look.

That’s all for this month. Have a great weekend.

Michael Vodicka is the president and founder of the Vodicka Group Inc., a licensed investment advisor (Series 65) and a financial journalist. He is also the founder and Editor of Cannabis Stock Trades – an online research platform that provides unbiased cannabis stock research.
Scroll to Top